Frank Lloyd Wright’s American System-Built Homes were aptly named. Wright and his team had indeed created a “System” of architecture and construction designed to enable the “Building” of beautiful, high quality and still affordable homes. Nowhere is this more evident than in the geometries of the parts that would be used to construct one of the key features of the homes: their ample windows. Our window renovation project is revealing details of the design and making of these parts, including some kinks and quirks.

One of the main ingredients of Wright’s innovative System was a lumber yard that would pre-mill parts for construction in exact dimensions to allow for fast, high quality assembly on the job site. Evidence in the Elizabeth Murphy House (markings on trim, framing and cupboards) suggests that the yard milled the shapes, but shipped in bulk lengths for job-site carpenters to cut and fit while assembling the homes.

As we assembled the proper tools and processes to make Wright’s window sashes as Arthur Richard’s factory might have made them, we uncovered evidence of a decision to slow production in order to ensure quality, made a century ago.

Detective work sometimes requires the pursuit of a dead end until a better path emerges. Our first prototype was based on one of Wright’s drawings and was informed by the assumption of automation. By process of elimination, we were able to reduce the number of cuts necessary to create the tenons, mortices and slots to nine, all completed on machines (a planer, table saw and a mortiser*) and we were able to use the experience to estimate that we could prepare all the parts for one sash in about 2 hours. At first we were excited to find this efficient sequence – it seemed logical that a mill would want to make stiles and rails in batches on machines and avoid costly hand work. However, our prototype turned out to be an inexact replica based on conflicts between construction drawings and original windows.

As you can see from the image below, the tenon on the mock-up on the left (our first prototype) is in the position commonly used in sash construction, but is different than the tenon on the right. Wright’s drawings suggest both styles, but most homes seem to be built with windows that match our sample on the right. We suspect that tenon placement evolved as the System evolved, and the final tenon position was selected to allow for the greatest gluing surface (and therefore the highest strength.) However, this design requires a time-consuming tenth step; the reaming out of a blind waste piece using a hammer and chisel to allow the joint to mate (this is the space visible on the upper section of the sample on the right). Importantly, chiseling adds up to 20 minutes (20%) to the time to produce a basic sash (four cuts per sash), and introduces the real risk of human error. A laborer with a hammer and dulling chisel may slip or get tired, and parts might be scrapped. It seems that this was a cost that Wright and Richards were willing to bear to ensure long lasting casement sashes.

Not to scale. Testing samples only.

Incidentally, we are collaborating with our friends the stewards of the Oscar A. Johnson House – and with other stewards of ASBHs – on this window renovation project. We plan to invest almost 500 hours in the project for the Elizabeth Murphy House alone. We are documenting the similarities and differences in original parts and pieces between the homes to share with the Frank Lloyd Wright Building Conservancy and others, for posterity.

Here is the first of about 40 cypress sashes we plan to build together. (The sash behind Stuart and the table saw is a practice frame made from cedar. Building it helped confirm the steps, below.) 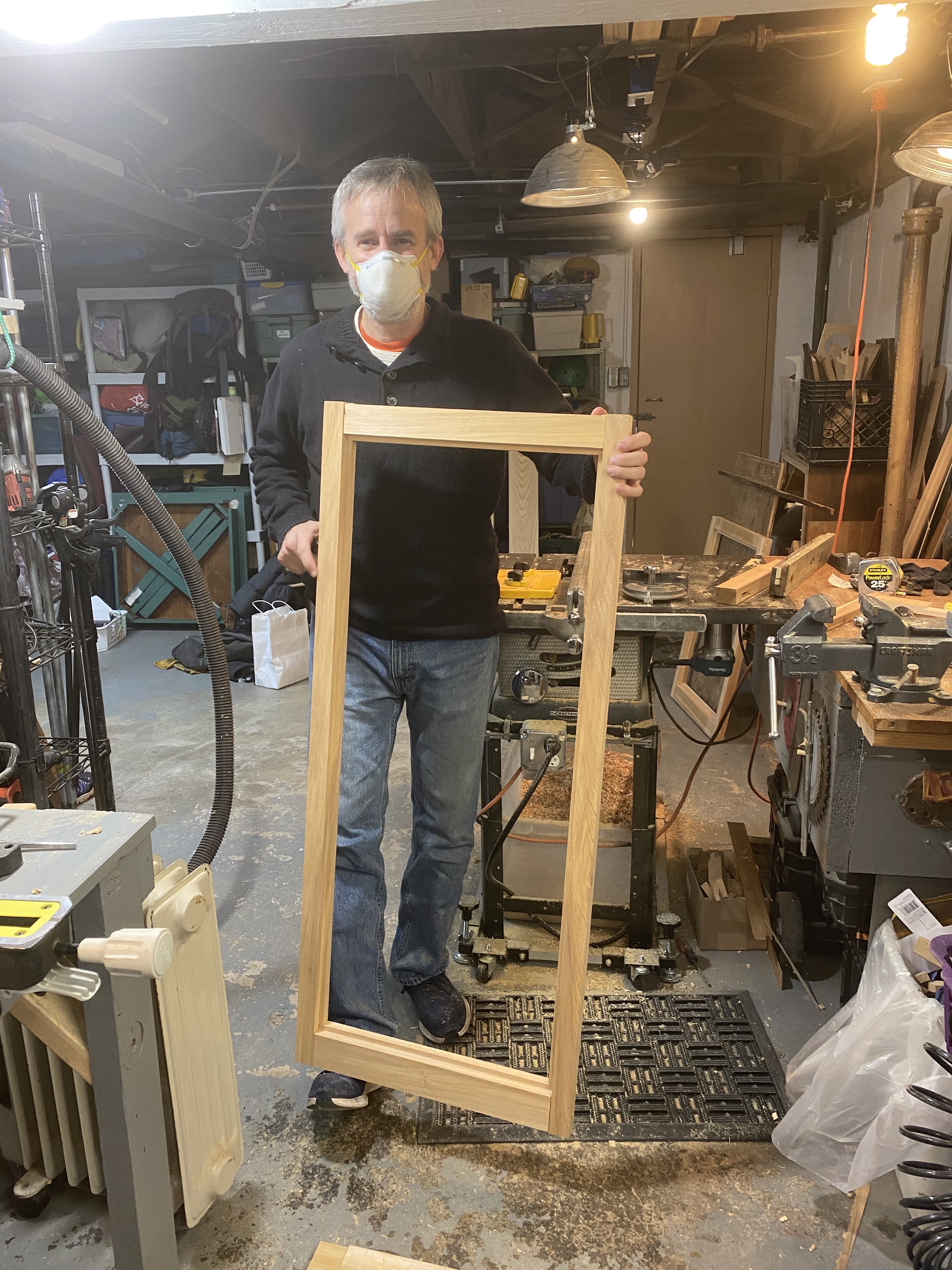 This is our current build plan, accounting for handwork and installation and windows for two homes.

You’re welcome to follow this blog to stay up to date on our forensic and preservation projects:

And experts in cabinetry, window-making, ASB Homes or Frank Lloyd Wright are welcome to weigh in with comments and advice below.

About this blog: The Elizabeth Murphy House is a 103 year-old American System-Built Home and the protagonist in the book “Frank Lloyd Wright’s Forgotten House.”

Note: *The mortising bit was invented in 1874 by the Greenlee Company in Rockford, IL, well in time for Arthur Richards’ mill to use it on ASBH windows.