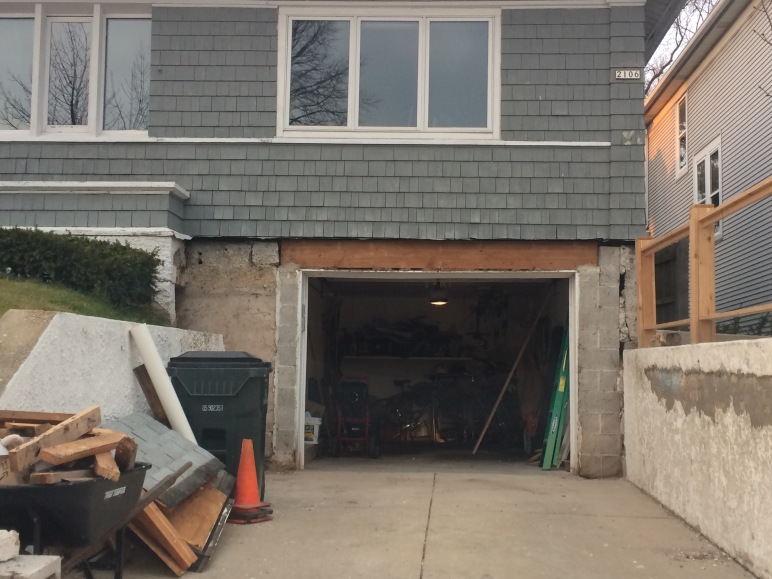 Elizabeth Murphy must have thought cars were not necessary. The house she had built had no garage or carport. Indeed, in 1917, trolleys ran north, south and west from Shorewood. Frank Lloyd Wright may have assumed that the middle class – for whom American System Built Houses were designed – would always prefer public transportation.

Here is the house from across the street in 1952. 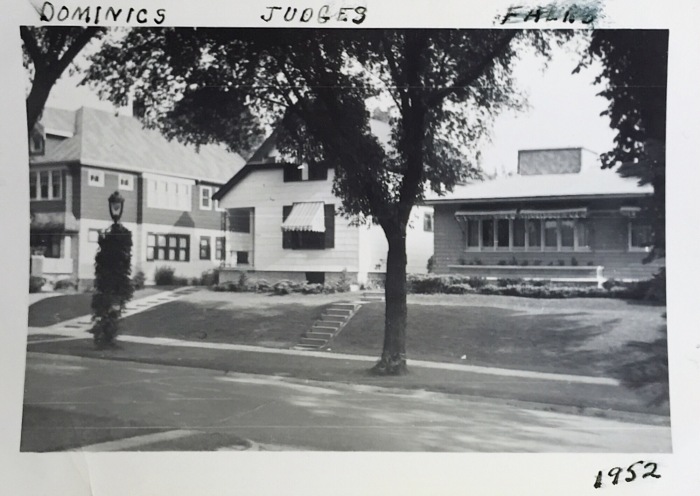 But in the 1970s, the then owners needed to park a car. They excavated part of the front yard and under the sleeping porch to create a driveway and garage. Thankfully, they did it without disturbing anything in the house above.

In an attempt to tie the garage to the house, an eyebrow roof was added to the facade held up by two large stuccoed columns. Over the years, the columns shifted and the brow sagged, like a lazy eye. Indeed, cracks, angles, and layers of caulk may have caused inspectors to assume that the house’s foundation was compromised, when in fact, the facade was the only thing moving. It’s as if the house was rejecting a transplant. 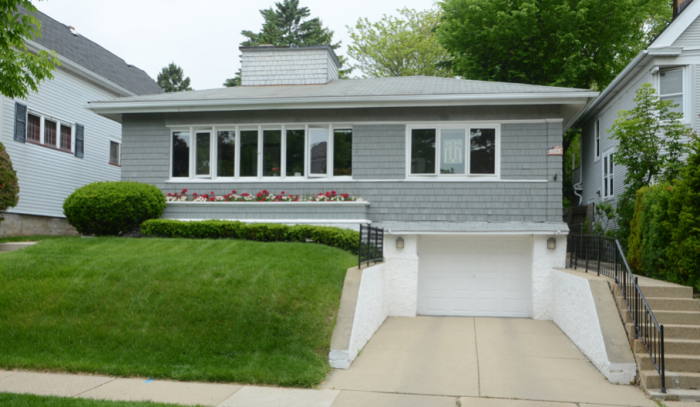 In preparation for the Wright and Like 2017 Tour, we hoped to clean it up. I would, at a minimum, grind out and patch the ugliest cracks. As layers came off and the extent of the effort to mask the mess became clear, I decided, instead, to tear it all off. As sledge hammer hit cinder block, you could hear the home breathe a sigh of relief. Angela returned from errands to a bit of a surprise. 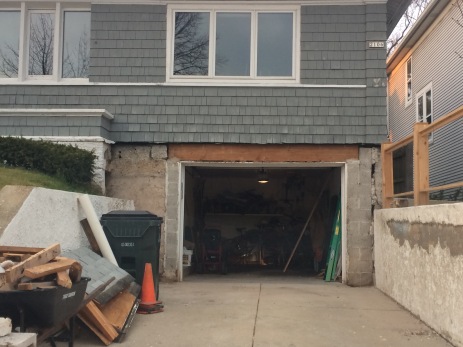 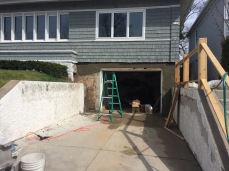 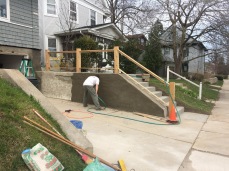 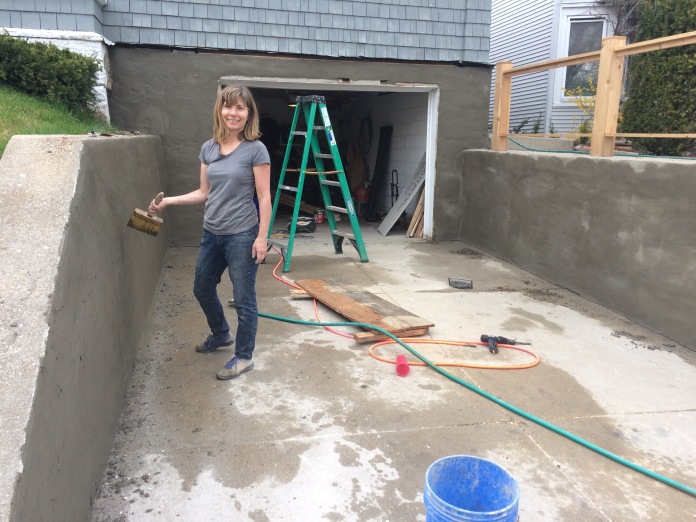 So for the rest of the weekend, we poured new concrete, parged walls, and cut and painted matching trim. Today, the Elizabeth Murphy House stands tall and straight, and ready for tour-goers. 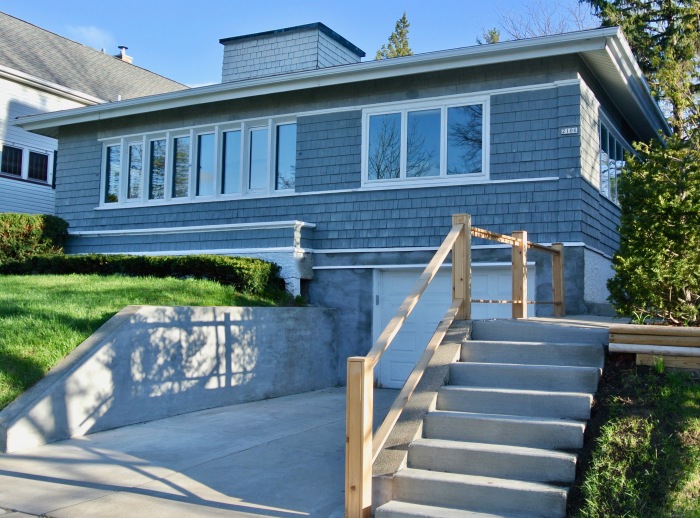 3 thoughts on “Honey, I tore off the front of the house.”